I've done a couple of game jams since the quarantine started. On the one hand it's a great way to make use of your time as there really isn't a lot else you can do. On the other hand adding deadlines, stress and sleep deprivation to a psyche that has already been stretched to its breaking point by the pandemic can be a recipe for disaster. On that point I'd like to present my entry for Epic Megajam 2020 Post Human Resources. 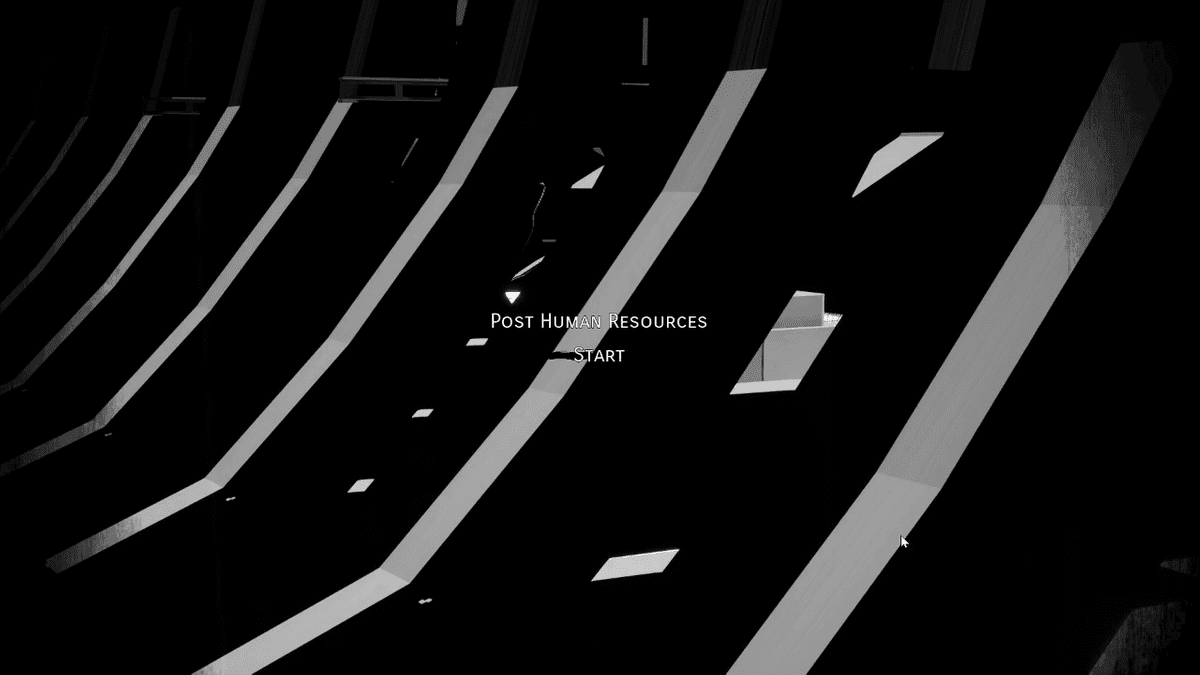 So I've really wanted to try my hand at a clicker game for a while now. I get really addicted to them, and I've spent more time on the Simpsons Tapped Out, and Egg, Inc than I would like to admit. The prompt for this year's epic Megajam was

It's been a long time, but we're not done yet 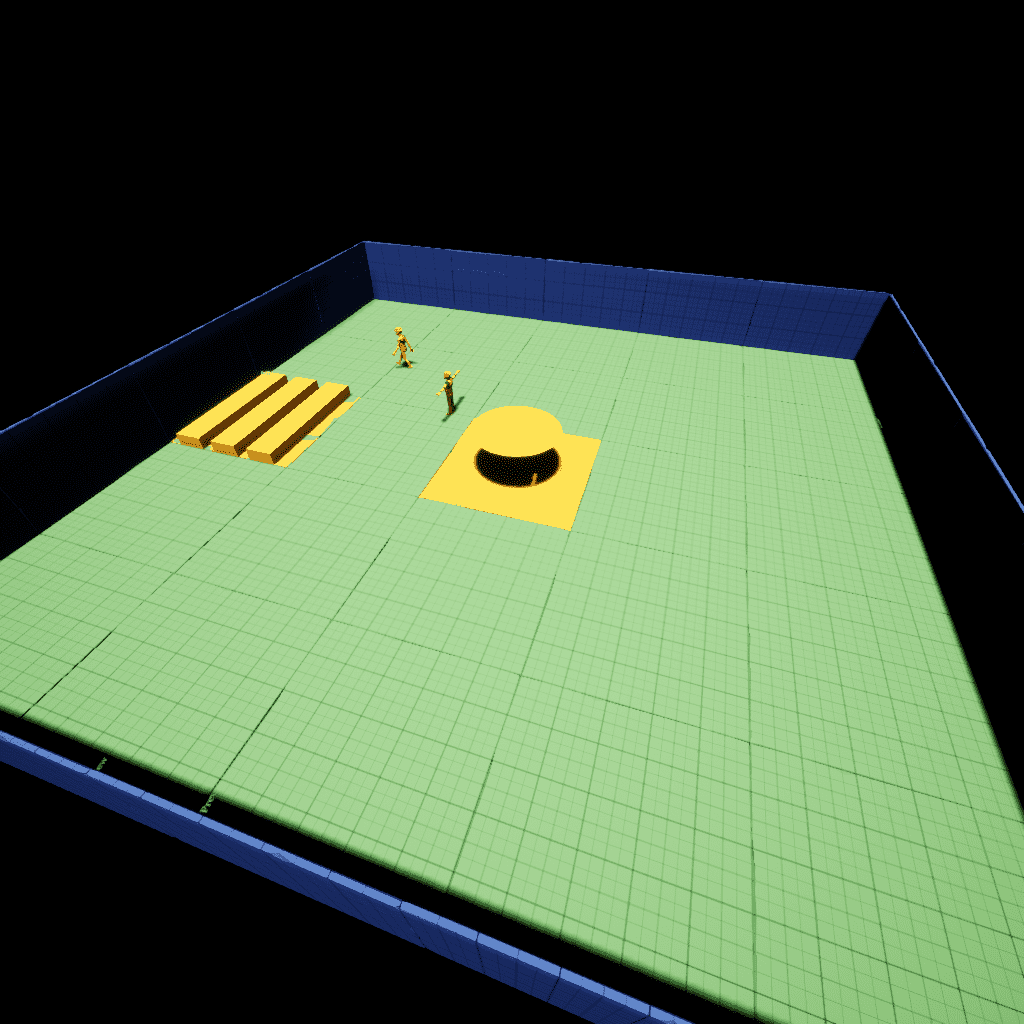 So my plan was to create a zombie clicker game. A game were you create, train and sell the dead as a cheap source of labor for the current workforce. I tied it to the theme in that they had been dead a long time but they weren't done yet. The idea for the game was that you'd research upgrades in order to beat a clock that forced you to hit a certain dollar score by a certain time. Research upgrades allowed you to make more money faster, but also the amount required each round grew exponentially. I also wanted to add a little chaos to the mix, so I wanted to the zombies you create to break the machines that created them. I also wanted to add a bit of a "Overcooked" mechanic where the player is given specific time sensitive orders for specific types of Zombies. 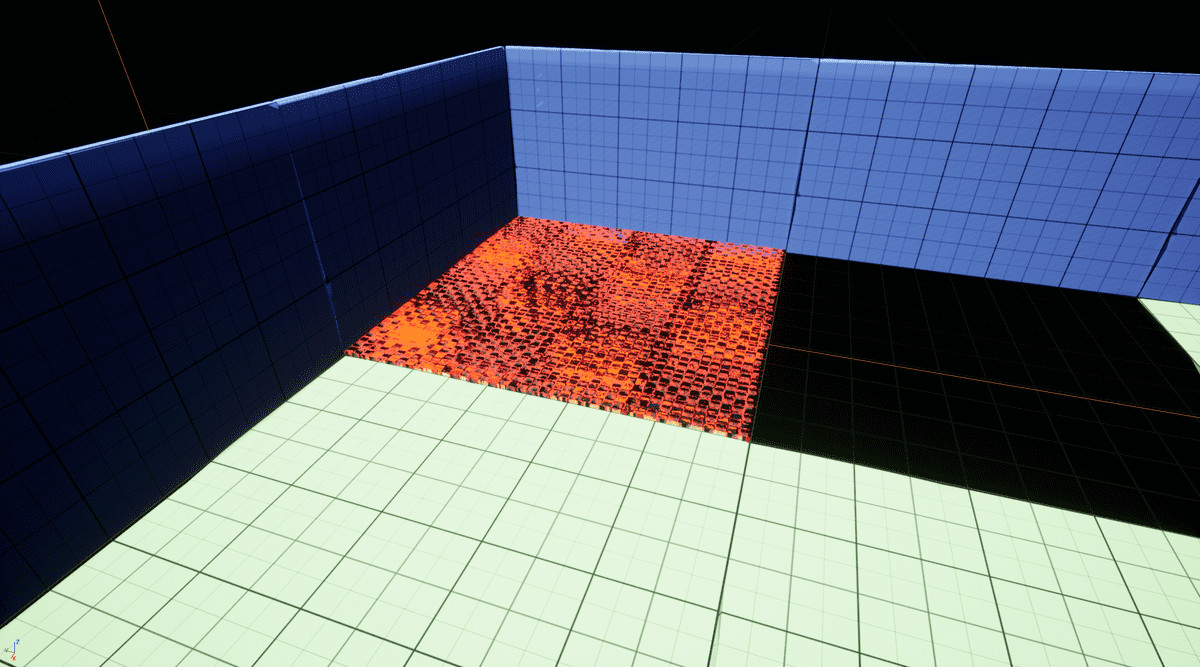 This was a much more relaxed game jam than I am used to. I've been doing Ludum Dare compo submissions for a while now. So going from only having 48 hours, and not being able to use any pre-made assets to having an entire week to work and being allowed to use pre-made assets as long as I list them, made my life so much easier. I will admit this was one of the most relaxed game jams I have ever worked on.

I rarely animate anything. This was a good chance to try my hand at incorporating animations and working with animation blueprints because I could use asset store animations. That did however mean that I had to figure out how to rig my characters to the unreal skeleton which presented a set of it's own challenges. 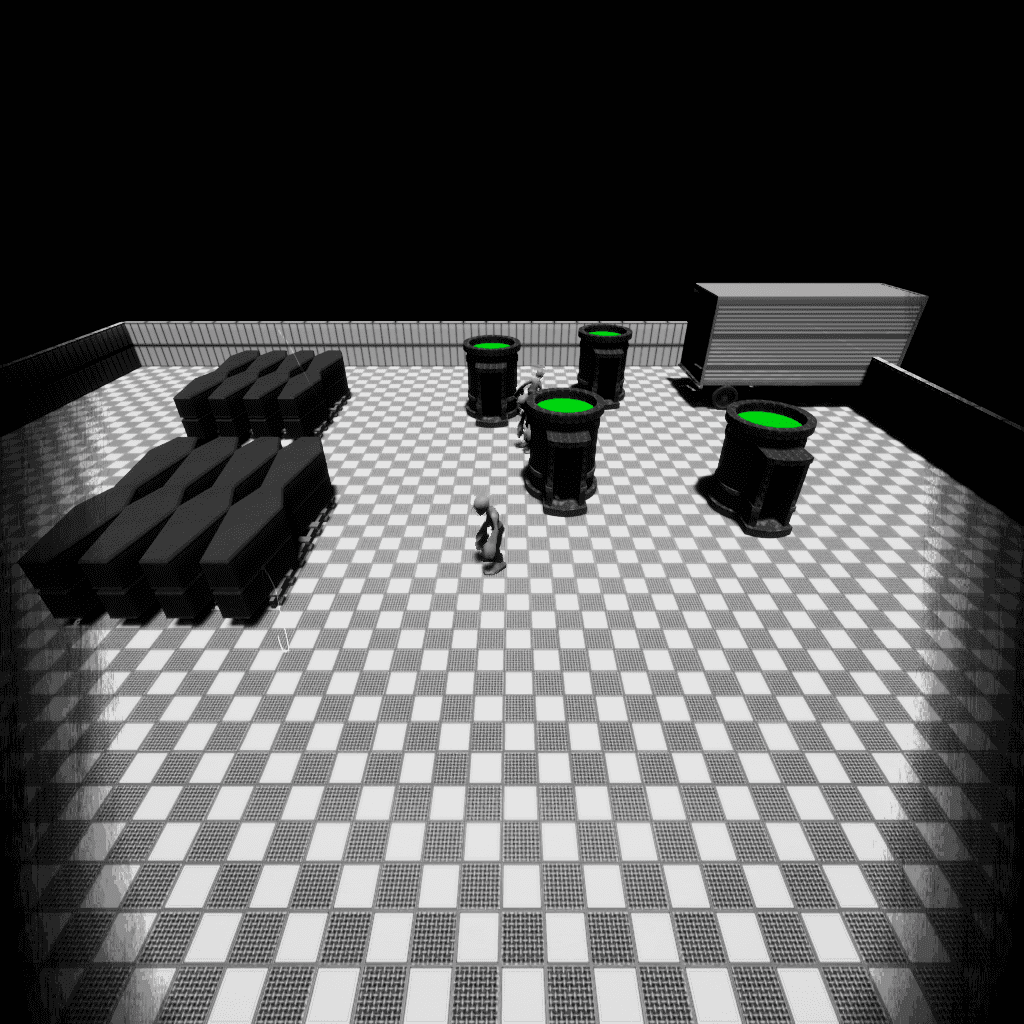 I also picked an aesthetic style early on and tried to stick to it more than I usually do with game jams. I wanted the game to be reminiscent of old black and white horror films. I allowed a few bits of color here and there so it wasn't completely monotone, but I think the effect still read. I also added a ton of vignette and a film grain post process.

This was the first time I had tried using the Send To Unreal plugin. I have to say that this is a game changer. It's now so simple to get stuff into Unreal from Blender that it's really changed up my workflow for my asset pipeline. I also found myself checking small asset changes in engine constantly because it was so easy, and I think my modeling is better for it. 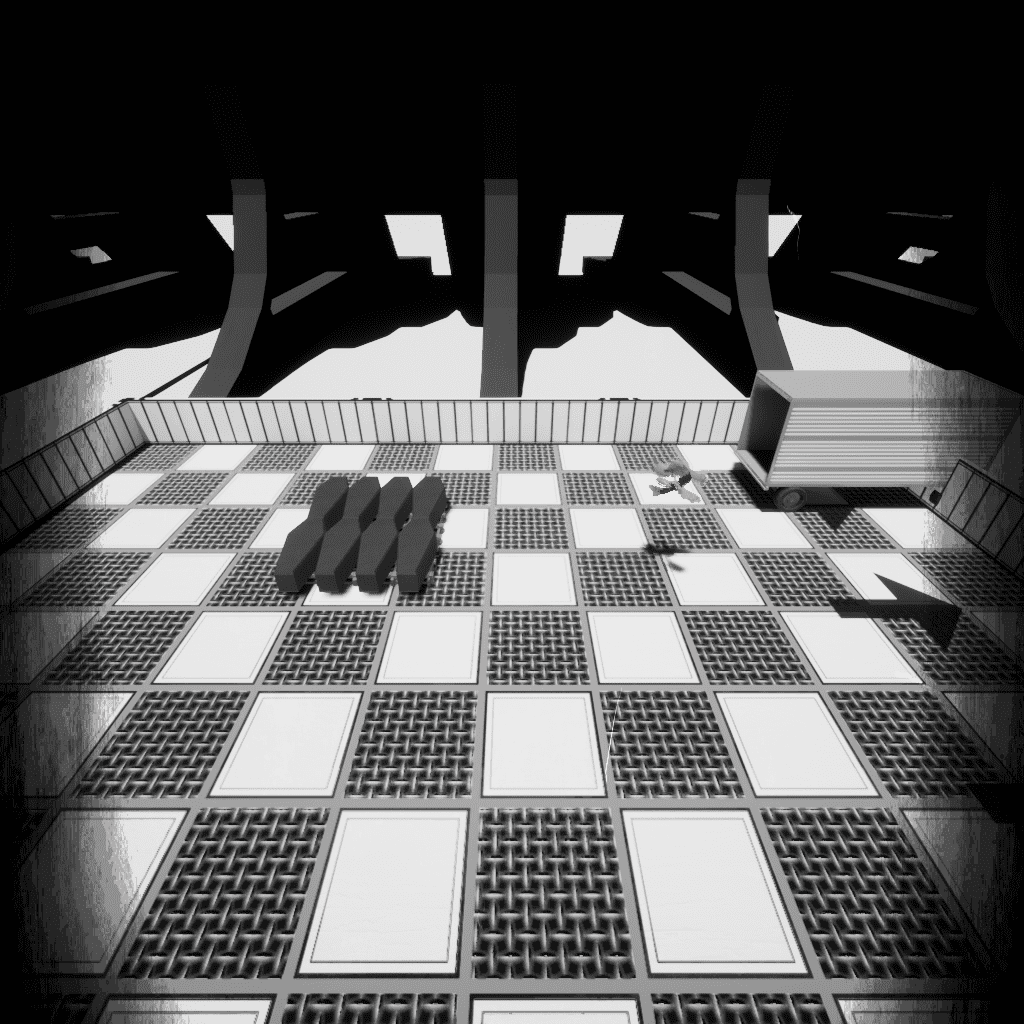 Like every game jam I have ever participated in I had massive feature creep, and what I had intended to be a really simple jam game grew complex quickly. I had a lot of features that just never made it in to the game. I wanted more types of zombies. At the end I was only able to accomplish food service and office worker zombie types. On top of only making 2 types of zombies there really is no reason to create more than one type of zombie as I was never able to incorporate the "made to order" functionality was planning where you would get specific orders of different types of zombies that would pay out more if filled in time.

I also spent a lot of time chasing my tail in some spots. I mentioned earlier that I wanted to incorporate animations in this, but I ran into tons of problems trying to get my zombie rigged to the unreal skeleton in blender so that I could use the animations. I eventually found it easier to just re-target the animations in unreal than it was to get the Unreal skeleton to work with my model. 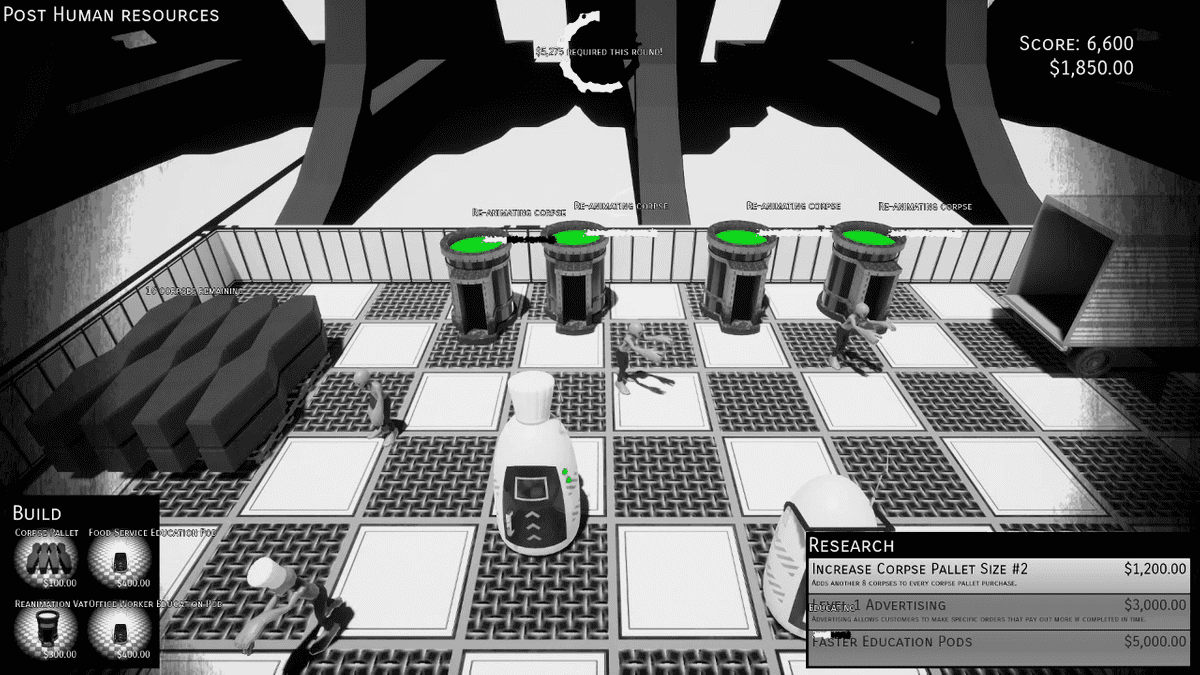 I also never got to incorporate a tutorial which is unfortunate as the game badly needs it. I tried to write as much about the game-play as I could in the games description but it seems like players still have a really hard time trying to figure out how to play

I think this was one of the more fun game jams I have participated in and despite it's many flaws I feel like this was one of the better game I've made and shows more of what I am capable of. The one week deadline is much more forgiving than the 48 hours I am used to. I think I'll try to do more game jams like this. 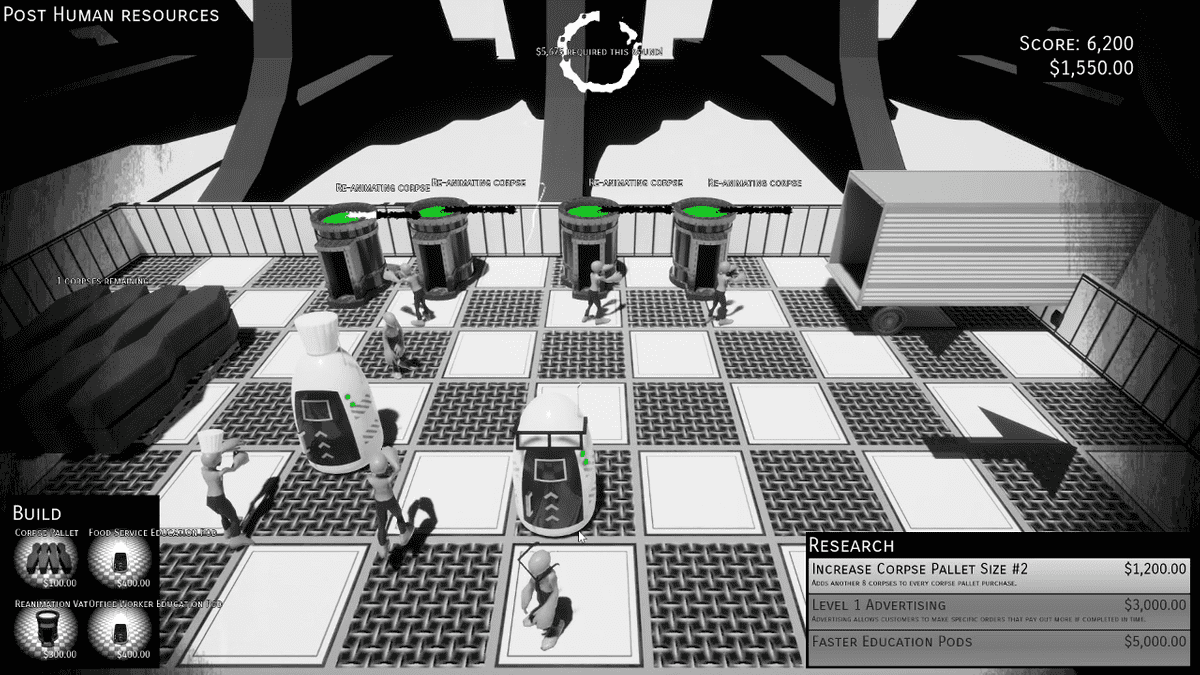